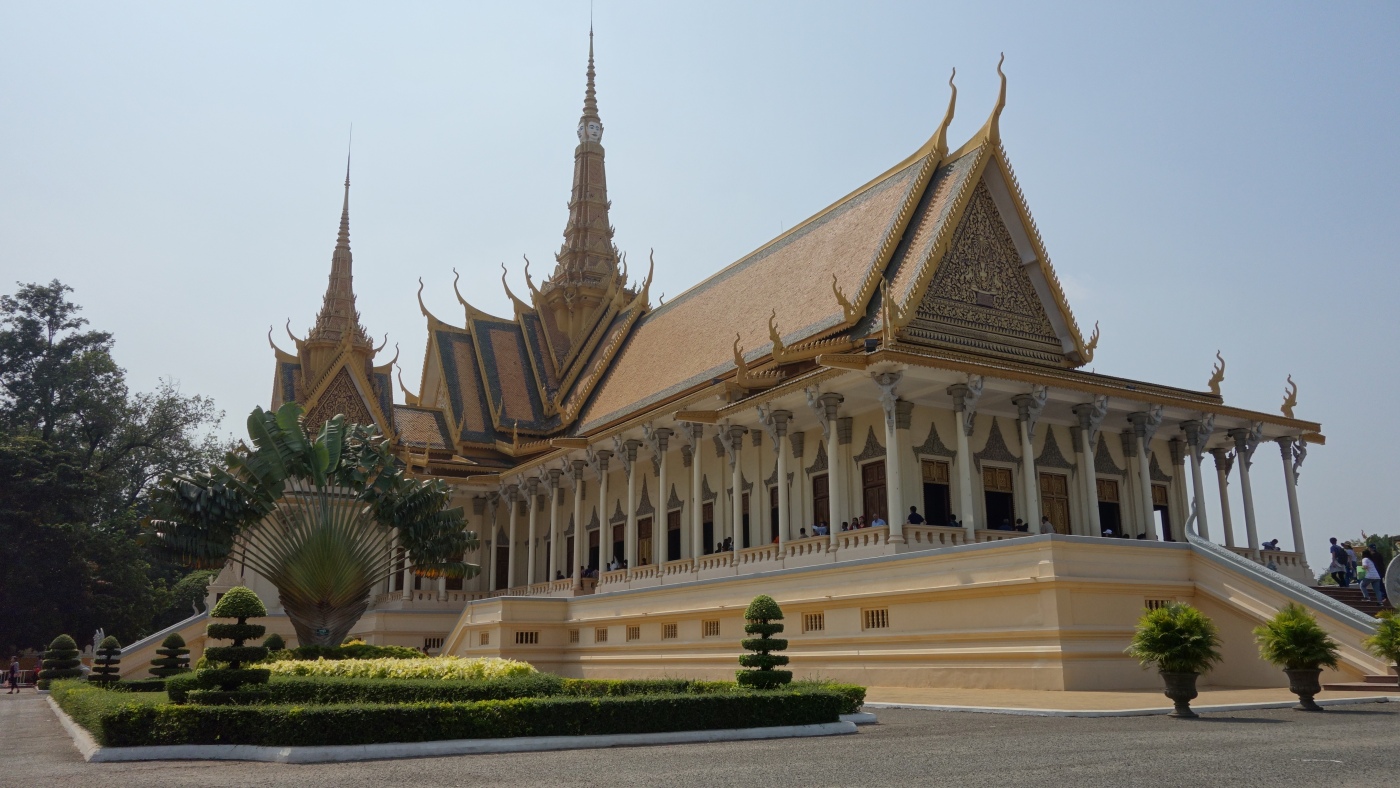 Quick facts for the lone traveller:

I have travelled around other countries in Asia before however never by myself as a solo traveller. As Cambodia was going to be my first-time solo, armed with just a selfie stick, a lonely plant book and camera I thought this would be a great opportunity for a write-up and also help others who are considering going somewhere solo which seems daunting at first.

To save you reading a big fat chunk of text I have split this into multiple parts, Phnom Penh and Siem Reap. Unfortunately, time did not allow a visit to Sihanoukville and Battambang.

After delays from an ill passenger in Melbourne which led to further delays with landing and transferring at Changi, Singapore, I finally reached Phnom Penh at 8.30pm local time.

And this is where things go slightly pear shaped. After a good 30 minutes or so of standing around the bag carousel with everyone else, barely any bags came out. Long story short on this issue, Jetstar left all the luggage from Melbourne in Singapore (Thanks, Jetstar), and we would all have to come back to the airport ourselves the following afternoon to collect our bags. On the flip side, you could see it as a good way to meet fellow travellers from Melbourne despite the circumstances.

Teddy (my Tuk Tuk driver) raced a Tuk Tuk carrying another couple from Melbourne and dropped me off at my first hotel, TEAV Boutique.

Late night stroll after checking in to the hotel to the independence monument (When they achieved independence from the French):

Distinct lack of people out and about in this area…

After a good night’s rest given all the delays and luggage issues, it was time to go full on tourist mode (I guess having no luggage made this pretty easy).

First up was a walk down to the S21 Prison AKA. Tuol Sleng Genocide Museum and bumping into the couple from Melbourne again.

Definitely a harrowing place and a sobering experience that is very confronting. Some other tourists were overwhelmed and tears were being had.

Unfortunately, you are not allowed to take many photos once inside the buildings of the former primary school turned torture centre. Notable displays included the cells where the last of the killed prisoners were found by the liberating Vietnamese forces and some of the stories they had of the people who were tortured or killed here (including an Australian).

The fact that it was a primary school before the Khmer Rouge and in the middle of an urban area made it all the more eerie, with people that would have been living within meters of this compound where horrors were taking place.

Highly recommend this place and buying the audio tour guide. Nothing is labelled or explained in text so you will be a bit lost if you decide to cheap out on the audio guide and the significance of this place will be lost on you.

After that depressing experience, time to walk to the Russian Markets AKA. Tuol Pom Puong for a lighter experience.

Fairly standard SE Asian market feel and vibe with all the standard fare, fruit and veg produce, trinkets, fake jewellery and watches, fake Beats by Dre, souvenirs and clothing and fabrics all to be haggled over. This market was more local oriented and has fewer tourists than the central market (covered in a bit). Compared to Central market, the Russian is a lot more claustrophobic, hot and has a…interesting (not so pleasant) smell lingering about in certain parts.

Didn’t stick around the market too long, so a quick $5USD Tuk Tuk ride (The driver originally wanted $12USD, always haggle in tourist areas!) to the AEON Mall.

Nothing to say really…It’s like any other mall you would find in the west, with many brands you find in Australia already. Fairly pricey, even by Australian standards (Its cheaper to shop in Melbourne than here. $130 USD for Adidas Originals? No thanks) and caters to the new middle-class and well-heeled. The department store inside this mall layout is styled after the Japanese / Koreans.

After some good old’ KFC, back into the heat. After braving the long lines camping Tuk Tuks going “Tuk Tuk sir?” and walking past a questionable area where guys standing outside massage parlours were asking me if I wanted some “boom boom” time.

After a quick chat with an Irish couple in the street, a stroke of good luck and very good timing I reached the Royal Pace and Silver Pagoda just as doors were opening. (And inadvertently got merged into a Chinese tour group from the mainland)

Quick Tuk Tuk back to the airport to collect my luggage and bumping into that Melbourne couple again led into shooting an AK-47 about ($50USD for a clip, they also had an RPG B-40 for $400USD. The temptation was real but it was just too expensive).

The night after checking in at the NAWIN guesthouse (no photos here, pretty no frills accommodation. My drain was slow from all this unknown substance lol) was to meet up with the Geckos Tour group and our guide Ly.

And it was off to the night markets after dinner. Once again, all the usual items at a market, however, this market had a more festive feel to it, with a stage for live performances for the new lunar year, more street food and people just chilling out in open areas eating and talking.

Start a Blog at WordPress.com.